A marchand-mercier is a French term for a type of entrepreneur working outside the guild system of craftsmen but carefully constrained by the regulations of a corporation under rules codified in 1613.[2] The reduplicative term literally means a merchant of merchandise, but in the 18th century took the connotation of a merchant of objets d’art. Earliest references to this Corps de la Ville de Paris can be found at the close of the 16th century, but in the 18th century marchands-merciers were shopkeepers but they also played an important role in the decoration of Paris homes. In fact, they served as general contractors, designing and commissioning pieces of the most fashionable furniture, and often, in addition, worked outside of their shops as interior decorators, responsible for many aspects of a room’s decor. In Paris, the guild system, in place since the late Middle Ages, prohibited craftsmen from working with any material with which they had not undergone a formal apprenticeship. Only a marchand-mercier who worked outside of the guild system, therefore, could mount Chinese porcelains with gilt-bronze handles and stands, fit the cabinetmaker’s furniture with Japanese lacquer or Sèvres porcelain plaques, and supply furniture with opulent gilt-bronze (or ormolu) mounts.

The general lines permitted to their métier were set out under Charles IX, in 1570, as:

“Wholesale merchants, drapers and jewelers, in such way that under this status of wholesaler (estat de grossier) have been included at all times the merchants of cloth of gold, of silver, of silk… tapestries, jewelry, spiced goods, textiles, hammered copper, silk thread, hardware and the like, of which it is not permitted to have any manufacture whatsoever, but only to sell, buy, display, bedeck and beautify all kinds of merchandise”
Thus the marchands-merciers were characterized in the Encyclopédie as “sellers of everything, makers of nothing””. Jacques Savary des Bruslons elaborated this lapidary remark and revealed the disdain of his generation towards handcrafts:

The Parisian marchands-merciers congregated in rue Saint-Honoré, marking their establishments with catchy and amusing signs; there could be found the premises of Hébert, Simon-Philippe Poirier— and later at the same premises at the sign of the Golden Crown his partner Dominique Daguerre and Martin-Eloi Lignereux— Mme Dulac, Julliot, Lebrun at the King of the Indies and Tuard au château de Bellevue. Nearby, in rue de la Monnaie, the street where the manufacture royale of Sèvres eventually chose to open its porcelain shop, were Darnault, father and son, at the sign of the King of Spain, and Lazare Duvaux. Edme-François Gersaint, for whom Watteau painted L’Enseigne de Gersaint as a shop sign had premises, following an old tradition, in a house on the Pont Notre-Dame. There, he advertised in 1740, he

“Sells all sorts of new and tasteful hardware (Cainquaillerie), trinkets, mirrors, cabinet pictures, pagodas, lacquer and porcelain from Japan, shellwork and other specimens of natural history, stones, agates, and generally all curious and exotic merchandise”. 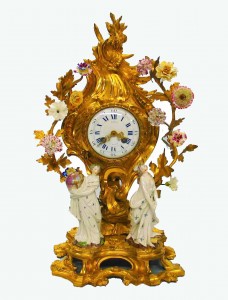 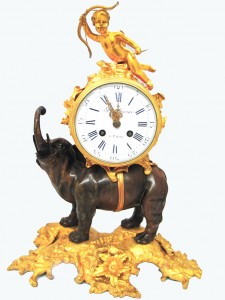 Hirado Porcelain and Japanese lacquer by Marchand-Mercier
May 1, 2015
Recent Post
Go to Top